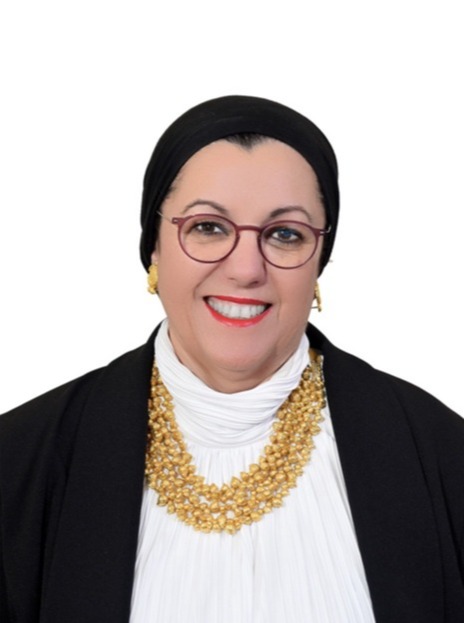 A pioneer in the business world with more than 40 years of financial and business experience, Neveen El Tahri is a distinguished graduate of the Faculty of Economics & Political Science with a bachelor’s degree and is an Alumni of both Harvard Business School and London Business School with diplomas in business administration.

Neveen adjacently partnered with renowned financial institutions like American Express Bank and its local subsidiary EAB, which were both bought out by Dutch ABN AMRO Bank. The exit in 2006 was to Arab institutions; Mena Investments, Rasmala and finally AIC, a local listed private equity firm. In 2007, El Tahri sold most of her stakes in a number of her companies to focus on supporting the SME sector, to develop and embrace small and medium enterprises. She established ‘Delta Shield for Investment’, to focus on advising the family businesses, while ‘Delta Inspire’ was considered the specialized incubation/acceleration arm, managing ‘138 Pyramids’, the funding arm.

She was the first elected woman to sit on the board of directors of the Egyptian Stock Exchange, serving two consecutive terms from 1997 to 2003. She has sat on several private and public sector boards, including but not limited to the Board of Directors of Banque Misr, Telecom Egypt, General Authority for Investments “GAFI”, Suez Canal Development Project “SCZone” and head of the Investment Committee, Misr Capital Investments, Egyptian Financial Supervisory Authority “EFSA”, Export Development Bank “Representing Banque Misr Shares”, Director of Representative Office and Member of the Middle East Advisory Board of the Royal Bank of Scotland (RBS) (previously ABN AMRO).

In January 2021, El Tahri was appointed by H.E. the President of the Arab Republic of Egypt to be a Member of the 2021 Parliament “House of Representatives”.

In November 2021, El Tahri became a board member of Gezira Sporting Club.

El Tahri was nominated and won numerous local and international awards, including but not limited to, one of the ten awards issued by the Egyptian Ministry of Investment, on International Women's Day in March, for having positively contributed to the investment environment of Egypt. She was also awarded Best Businesswoman in Egypt, “Corporate Women in Egypt” by the American Chamber of Commerce in Cairo in December 2013. She was named by ‘Financial Times’ as one of the leading businesswomen in the Arab World, twice. She was also nominated by Forbes Middle East magazine as one of the 200 most powerful businesswomen in the Middle East in 2014. 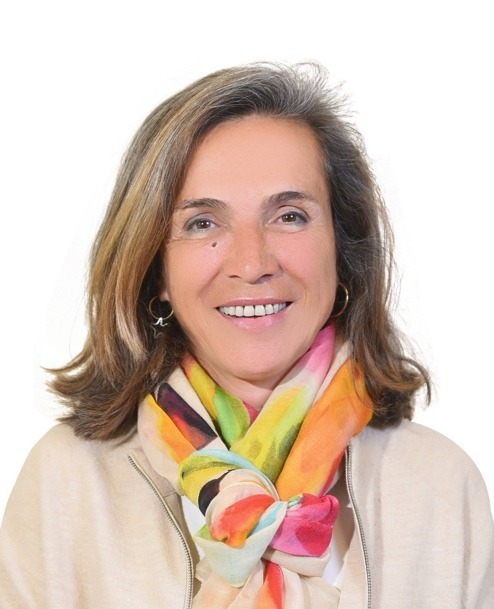 Mona Galal is a valued member of the Chase National Bank of Egypt,’CIB', family for over 35 years. During her tenure, she has taken on various responsibilities like branch management & operational network, corporate banking and more recently as Strategic Relations Group Head. She also handled the CIB Strategic Client Portfolio management, compromising of diplomatic missions , donor agencies, multinational NGOs and reputed development agencies.

Mona is a team member on a number of local IT and telecom corporate deals, advising Telecom Egypt on its IPO structure and implementation procedures and advising on Egyptian General Petroleum Corporation ‘EGPC’ privatization proposal. ABN Amro Delta, Asset Management and Head of Corporate Finance Mona is member of the Advisory Board of the Institute of Cultural Affairs ‘ICA’, a private non-profit development organization aimed to improve the quality of life in rural communities.

She's a valued Alumni of The American University in Cairo. 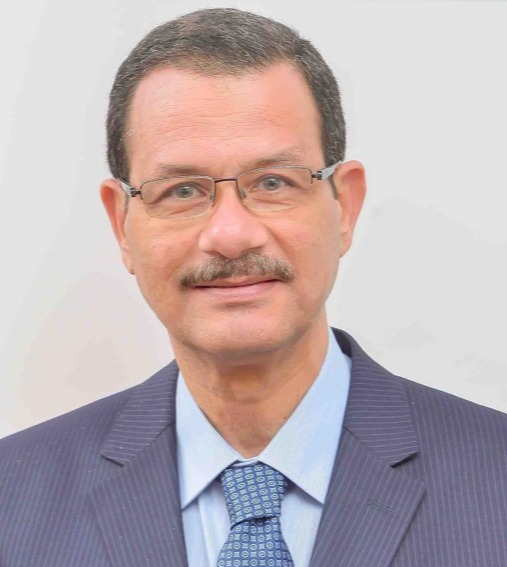 His last two public positions were as Minister of State for Administration Development (2004-2011) with a portfolio of eGov, Institutional Development and Governance and Chairman of the Suez Canal economic zone (2015-2017) where he laid the foundation for one of the largest special economic zones in the world (461sq km and 6 ports). His consultation work is in governance, policies and strategies, business and financial models as well as information and communication technologies. He is also a consultant to a number of international organizations like UNDP, UNIDO, UNESCO, FAO, ESCWA, European Union and World Bank, as well as government organizations and companies in Egypt, Middle East, Africa, Europe and The United States. 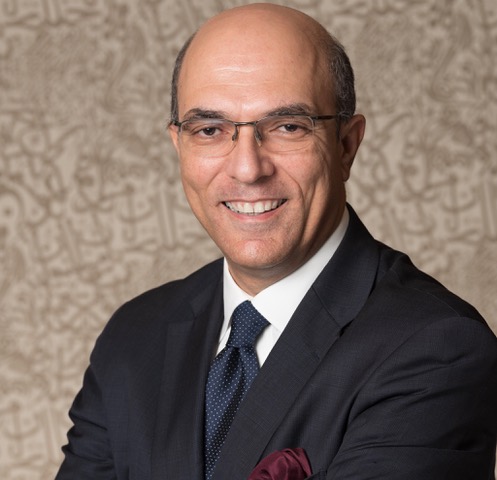 A professor of management, dean of the school of business at the American University in Cairo ‘AUC’, and president of the board of governors of the American Chamber of Commerce in Egypt. Prior to that, Dr. Kamel, was a senior advisor for strategic planning to the president and vice president of information management at AUC. Before joining AUC, he was the director of The Regional Information Technology Institute. Before that, he managed the training department of the Cabinet of Egypt Information and Decision Support Center.

Dr. Kamel holds a Ph.D. in information systems from the London School of Economics and Political Science, an MBA, a B.A. in business administration, and an M.A. in Islamic art and architecture from The American University in Cairo.

He is an Eisenhower Fellow, the co-chair of the board of stewards of the African Women Entrepreneurship Cooperative and is an independent non-executive board member of Raya Holdings for Financial Investments and 138 Pyramids. He is also a member of the Egypt-U.S.Business Council, and a founding member of the Internet Society of Egypt. He was a board member of the Egyptian American Enterprise Fund, member of the World Bank Knowledge Advisory Commission and Chairman of the Cheyening Association in Egypt. His research and teaching interests include digital transformation, information technology transfer to developing nations, decision support systems, and entrepreneurship. His work is published in information systems and management journals, books and magazines. He is the author of the ‘Nile View’ article series. 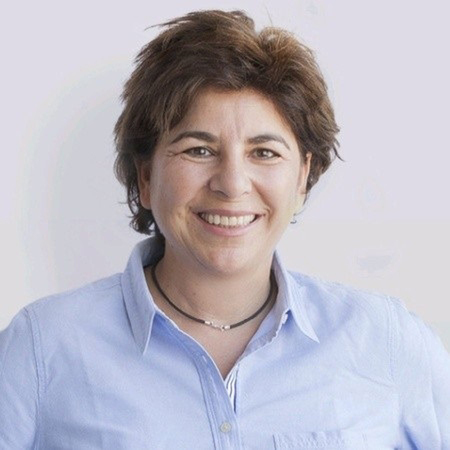 Randa I. Abdou is the founder, CEO & Chief Strategist of Marketing Mix Consultancy with practical, hands on, experience with more than 80 brands in different marketing and communication capacities since 1988.

Following the establishment of Marketing Mix Consultancy in 1996, Randa co-founded Creative Lab Advertising in 2001 followed by 60Forty Advertising in 2019. In February 2020 Randa was named among the Top 50 Most Influential women in Egypt by ‘Amwal El Ghad’ and in April 2015, she was granted the Distinguished Alumni Award by the American University in Cairo for her career achievements. She was also previously recognized in 2007 by the Ministry of Investment, among 10 other Egyptian business women, for her positive contribution to the Egyptian economy.

Before her entrepreneurial endeavours, Randa was the Marketing Manager of PepsiCo Foods Egypt (Frito Lay) and achieved 'Very High Potential Rating’, something granted back then to only 5% of PepsiCo employees worldwide. Previous to PepsiCo, Randa was the Market Research Planning Manager of P&G Egypt and had started her career as an account executive at Americana Advertising.

Randa holds a BA in Mass Communication (with honors) from the American University in Cairo '88 and as a Chevening scholar, earned her Master of Science in International Marketing from University of Strathclyde, Scotland ’91. 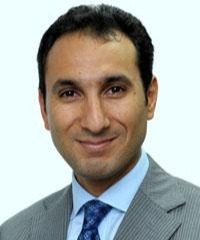 The current Strategic Planning Officer at Gemini Holding since January 2019, Mr. Ihab Saleh has over twenty years of venture capital M&A, strategy and business development experience. This experience is complemented by rigorous studies and qualifications. 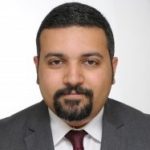 Seif Eldin Awni is the Managing Director of branches for Wedian securities Brokerage Company. He serves as a Non-Executive Director and Investment Committee member in ‘Post for Investment’ or PFI, a financial investment company. He is also a Non-Executive Director and Audit Committee Member in the Egyptian Investor Protection Fund-EIPF-supervised by EFSA, as well a training consultant for the IFC-International Finance Corporation-World Bank.

Seif Eldin holds a B.A. in Business Administration from, Cairo University, as well as an MBA from the German University in Cairo in Finance and Investment. 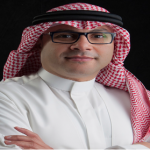 He graduated from King Abdul Aziz University in Jeddah, Saudi Arabia, with a BA in English literature. 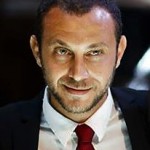 Assad is the CEO of SHAN Investment Company and is the Founder & CEO of Engage Ads Egypt. He is the Country Manager for Nabd (نبض) as well as the Digital Sales Director for Promomedia. He was the Digital Media Director for Future Media Company “Digicom” (March 2014 – July 2014), the IT Director & Digital Sales Manager at Adline Media Network Egypt (2010-2014) and the Engineering Projects Manager for ART (Arab Media Corporation AMC) (2004-2010).

Prior to that, Youssef was a computer science TA, lab instructor and grader for the Modern Sciences and Arts University MSA (2002-2003).

He holds a Bachelor of Science from Modern Science and Arts University in Computer Science & Software Engineering. 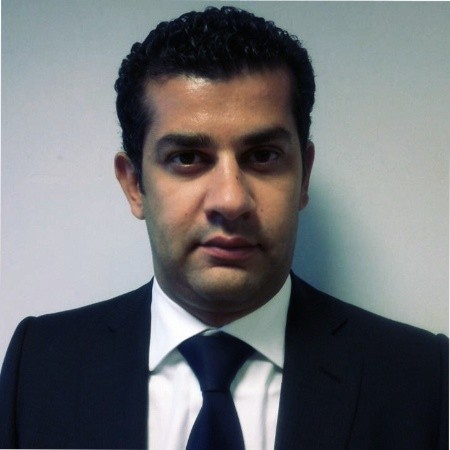 The current head of the operations in Gemini Holding, Mohamed brings a strong operations and strategic experience having worked for both holding companies as well as subsidiaries.

Mohamed joined Orascom Telecom Holding (OTH) in 2004 after having worked at the marketing department of MobiNil in the one of the most successful Egyptian telecom brands “ALO”.  Mohamed also held a number of senior managerial positions in OTH including Operations Control for operators in DRC, Italy, Greece, Bangladesh and Tunisia, working on commercial and strategic performance management.

In 2009, with Wind Italy, Mohamed oversaw a number of key projects including the relaunch of the postpaid segment. In 2012, Mohamed relocated as the VP Commercial for western Canada with Wind Mobile & Operations Performance Director with Vimpelcom in Amsterdam.

He received his BA in Telecommunications Engineering as well as his MBA from The Arab Academy for Science and Technology “AAST”. 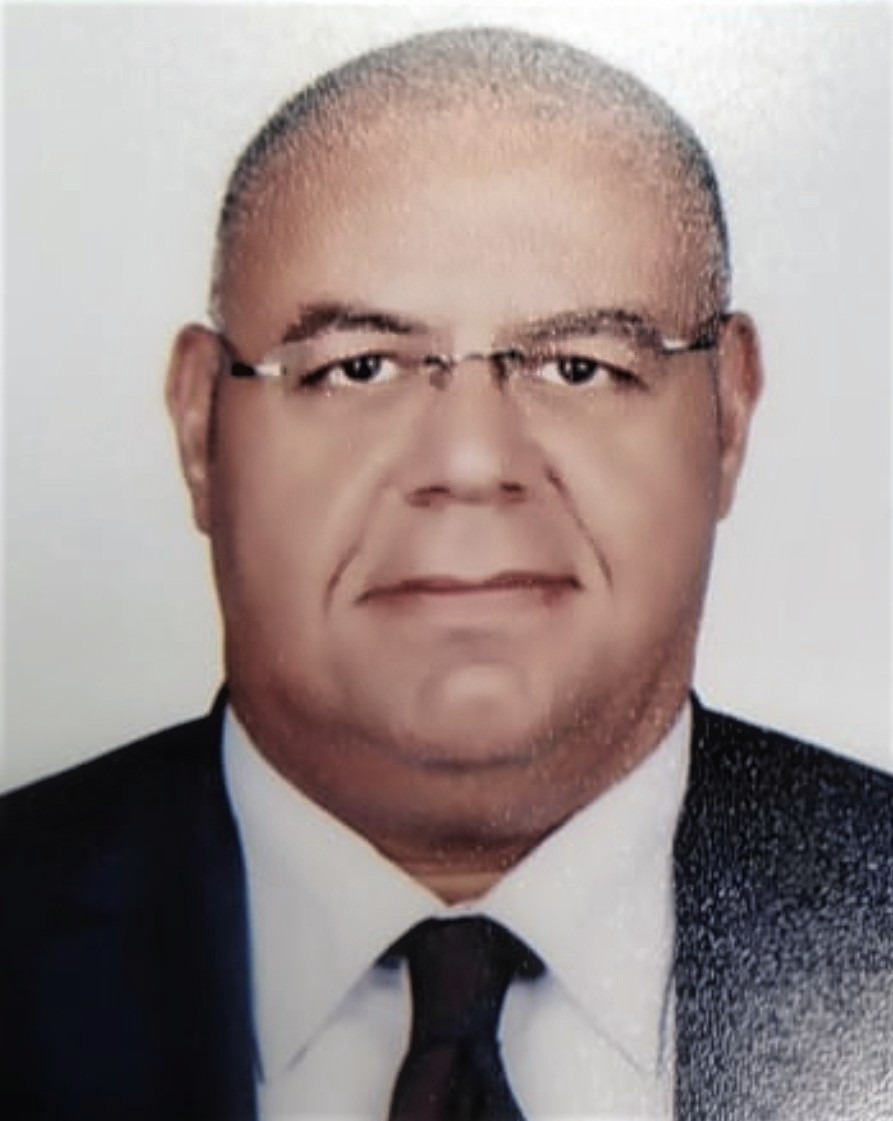 With more than 22 years of experience in banking and financial management, Islamic as well as conventional, Mr.Ahmed Mahmoud Abdullah is a highly qualified Executive Manager. A results-oriented team player with proven ability to establish new financial entities and create turnaround for financially troubled companies. Known for leading of development and implementation of highly strategic plans, as well as anticipating and proactively responding to industry trends. He is also well versed in identifying and resolving problems as well as controlling costs. He has a talent for business development, building business relationships and is also able to handle Board of Directors functions.

From the year 2006 to our current day, Mr.Abdullah has conducted more than 20 transactions in several sectors including, but not limited to, healthcare, education, banking, insurance, real estate, just to name a few. The total value of these transactions exceeds USD 5B. Mr. Abdalla is specialized in turnaround, difficult assets restructuring, turnaround and recovering the investment funds. Since 2010 Mr. Abdalla has achieved more than 1.7 times the return on his PE portfolio to this day. He is the current Senior Director/Vice President of Global Capital Management, Kuwait. 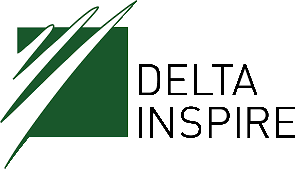